Skills of weaving are transmitted orally, through observation, and guided practice among the Remathau, the people of the Outer Islands of Yap. This process transmits knowledge from mothers to daughters and aunts to nieces. The specifics are highly tactile and the learning intrinsically experiential. A young woman needs both a mentor as well as the horizontal tension loom (or “back-strap loom”), which consists of a cloth beam, weaving sword, single heddle, shed stick, lease rod, warp beam, and wooden shuttle. 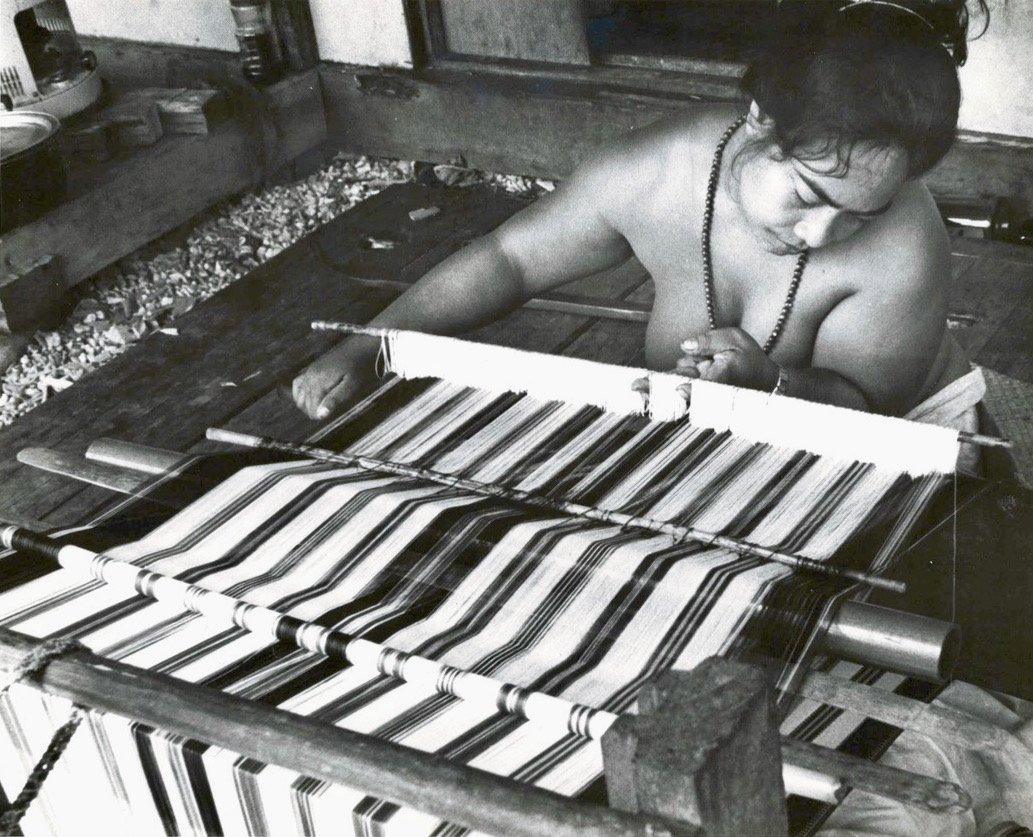 Basilia Letaweriwi of Satawal weaving a paig lavalava in 1978. Photo copyright, and use courtesy of, Mark E. Skinner.

The size and weight of these items are such that very few women who move off island for health, education, or employment are able to bring a loom with them. Many migrants are young women, who departure to further their education, at an age by which they may not have completely learned weaving skills. Once in the United States they are often in proximity to other Outer Islanders with expertise but similarly lack looms. It is at this point –when young women who lack weaving skills arrive in the US, or women who can weave but lack access to looms give birth to daughters in the US- that the link in transmission of weaving skills is fatally severed.

“Weaving Connections” is an initiative of the Habele Outer Island Education Fund, a nonprofit established by former Peace Corps who served in Micronesia. It aims to provide Remathau, the people of the Outer Islands of Yap, who’ve moved to the United States mainland with a simple guide to fabricating traditional looms using inexpensive and easily obtainable materials.

Explore the parts of the loom.